If you’re reading this, I’m assuming that you’ve heard the name “Johannes Gutenberg” once or twice before. You know, the printing press guy. The guy who revolutionized the way people thought, interacted, and lived. The father of mass communication and widespread literacy.

He’s kind of a big deal.

But, while many people attribute the invention of the printing press to Gutenberg, he’s more technically responsible for improving upon the printing presses that were already in use elsewhere. Printing had been around for a while by his time (thank you, China, Japan, and and Korea!), but Gutenberg made printing so much more efficient and widely-available with his lead-based moveable type (using the hand-casting instrument that he invented), oil-based ink (which stuck to the type), and wooden press modelled after a wine/oil screw press. The wine screw press influence actually seems fitting, seeing as Renaissance printers were known for being perpetually hammered.

While Gutenberg was an all-around awesome guy, today’s post is going to narrow in on just one of his world-changing inventions: movable type. That is, the little letters you can set and reuse. These babies:

Sure, movable type can also be made by carving some wood, as the Asian countries did years before Gutenberg, but I’m going to focus on lead type. After all, few things are as exciting as molten lead. So, in case you’ve ever wondered how lead type is made…

Step 1: Engrave a mirror image of a letter onto the end of a metal rod.

Step 2: Push your engraving into a piece of copper, leaving an impression of the letter on the copper. This impression is called a matrix, and it’s the mould you’ll use to cast a bunch of letters that look identical.

Step 4: Pour your molten lead (mixed with some tin and antimony, possibly among other things) into the other end of your hand-casting instrument. Avoid burning yourself as you pour the lead. However, feel free to touch the lead right after you pour it. Molten lead cools almost instantly.

Step 5: Take your letter out of your hand-casting instrument. Admire it for a second. Then, put it aside.

Step 6: Repeat! Your matrix and hand-casting instrument are totally reusable. All you need is an unlimited supply of molten lead and you’re golden for the rest of your life.

Not following me? Check out this video for a demonstration by some guy named Gary Remson. He talks a lot, so if you just want to see the typecasting part, skip right to 4:45.

Now that you know how lead type is cast, you can fully appreciate the pictures I’m about to share with you.

During my apprenticeship at the Print Room, my Print Master took us out to the back alley of the library with his custom-made casting instrument and matrix, and a bit of molten lead. Sketchy, right? You betcha. To make the whole experience even sketchier, it was raining outside.

There we were, pouring molten lead in the back alley, as we got poured on ourselves. 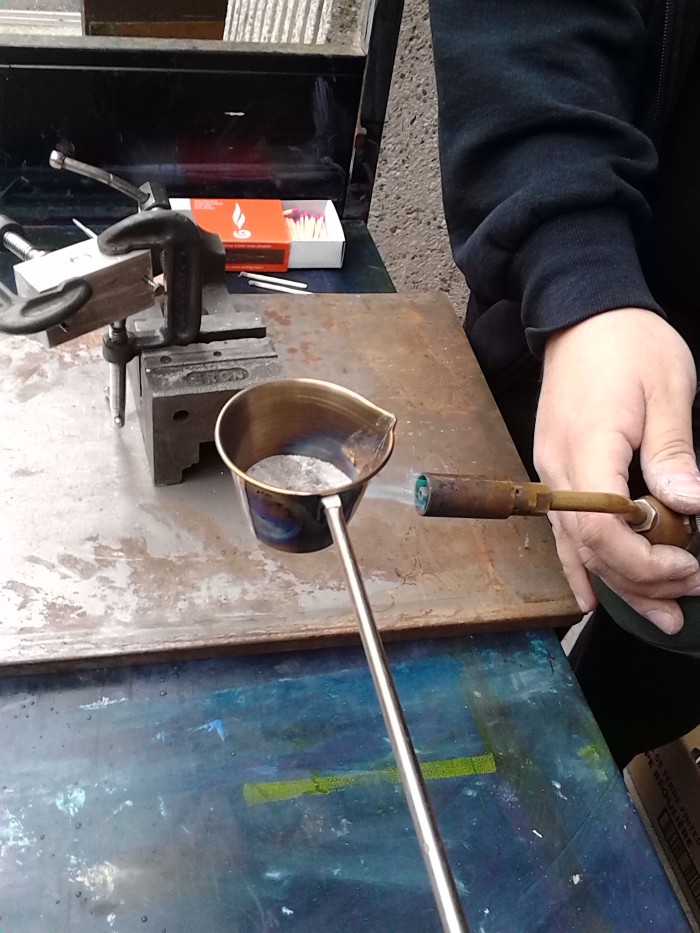 Here we are, melting the lead with a torch. Don’t worry, that’s not my manly hand – that hand belongs to the Print Master.

I probably should have been holding the rod with both hands to ensure that it didn’t tip/fall and burn either of us, but at the time I felt like documenting the experience with my phone was more important than my own safety. 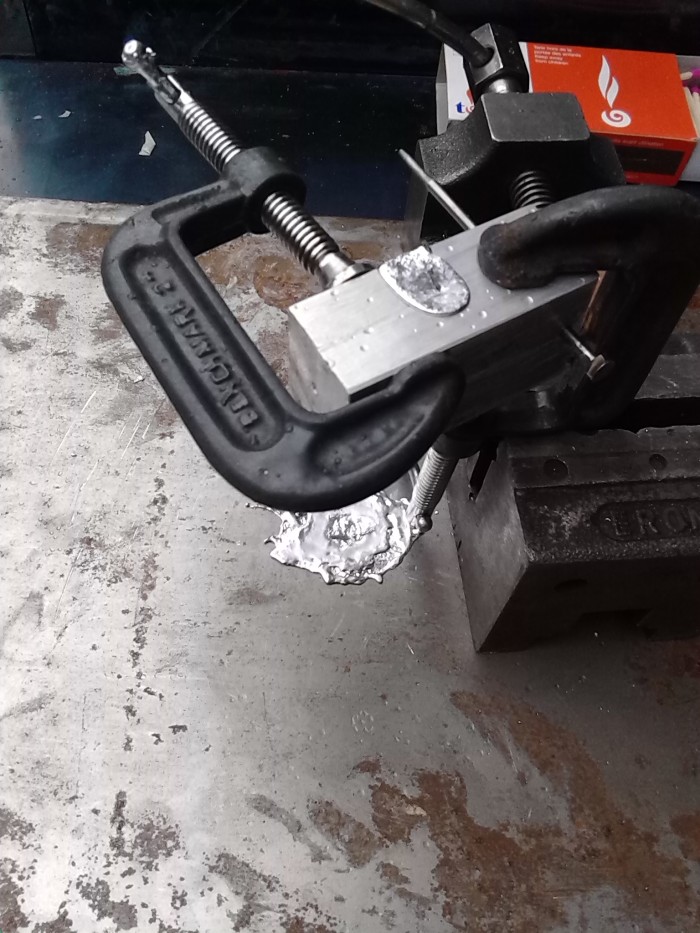 This picture was taken right after we had poured the molten lead into the casting instrument. Note that the lead has completely cooled. 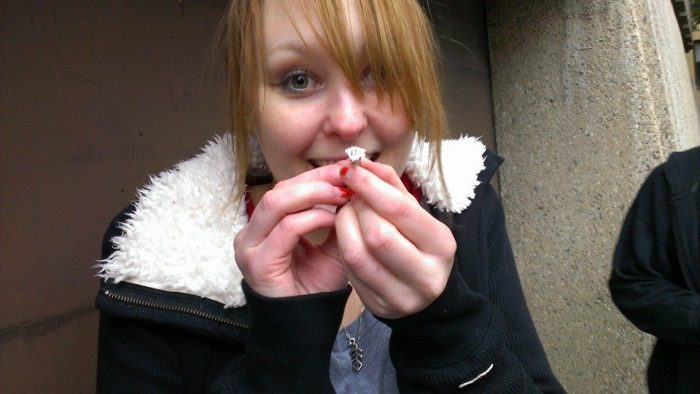 Here’s me with the finished product! The pieces of type we made were cylindrical instead of the usual rectangular, because the Print Master had limited time to make his casting instrument and a circle was easier for him to drill than a square. Still, though, I now have a “B” that I cast myself.

I will cherish it always.

View all posts by Leah

Have something to say? Cancel reply