Unsurprisingly, as a book historian, a lot of what I do when I’m not doing ~groundbreaking research~ is related to books. Sure, I read a lot, but there’s a lot more to books than just reading. There’s cataloguing and exhibiting, book-making, bookselling… I’ve dipped my toes in all of those ponds.

With that, here’s a list of some of the book-related roles I’ve held.

While I was taking a year out from education to work in commercial real estate, I did some cataloguing for Peter Sellers, who runs this adorable Toronto bookshop. Peter needed someone with knowledge of rare and old books to come in and write descriptions for a few books he’d had for a while, but didn’t know what to do with. He threw all sorts of weird books my way, and I had a ball researching and writing about them.

During my MA, I assisted with an exhibition at the beautiful Two Temple Place. This exhibition included lots of rare – and priceless – manuscripts and early printed books that I was tasked with preparing for display. This role was especially neat because I got to be involved in a lot of behind-the-scenes stuff that goes on with exhibition preparation.

The Pontifical Institute needed some manuscript facsimiles and Xeroxes catalogued; I catalogued them. While I wrote up some bibliographic descriptions, I got to flip through scans of some amazing medieval manuscripts.

I began working at the John M. Kelly Print Room as a volunteer typesetter and printer because I wanted to learn how books and other printed material used to be commonly made. Eventually, I ended up becoming a paid apprentice. In this role, I designed and printed greeting cards and business cards using various century-old presses; learned how to cast my own lead type, etch linoleum, and make paper; and gave tours of the facilities to people who wanted to learn about printing history. Here’s a photo of a display that I – and some cards I designed – was featured in while I was a volunteer. 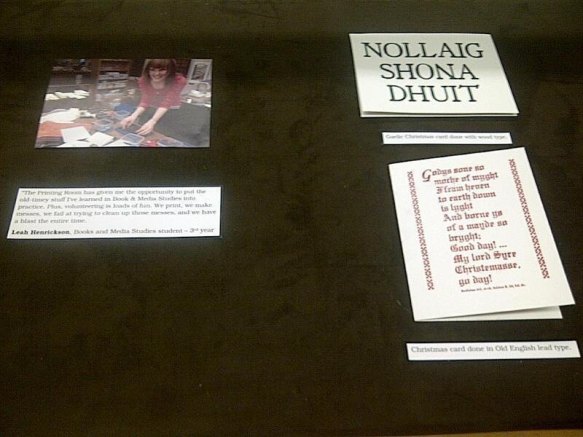 James Gray is a fantastic person, and a fantastic bookseller, and I’m always thrilled when he asks me to help him out at a book fair. So far, we’ve taken on New York and London – where’s next?

James specialises in printed books and manuscripts produced before 1700. Get in touch with him if that’s also what you’re into.

Maggs is one of the big players in bookselling. They do just about everything, and they’re very good at it. These are the people who introduced me to the world of selling antiquarian and rare books, as I was an intern there as part of my MA programme.

At Maggs, I catalogued and helped build specialised collections for clients. I also did some of the more nit-picky research that required me to spend a bit of time poking through the UK’s National Archives.

In this role, I was selling modern (and affordable!) books to everyday people. Many of my colleagues remain dear friends, but while we were working together we were truly a dream team. We determined what books book clubs should read next, what the perfect gift would be for that person you only kind of know, and how to make displays that would make even those who don’t like to read reach out and grab a book. I loved this job, folks, and I was very good at it. Here’s evidence, from a customer experience survey. 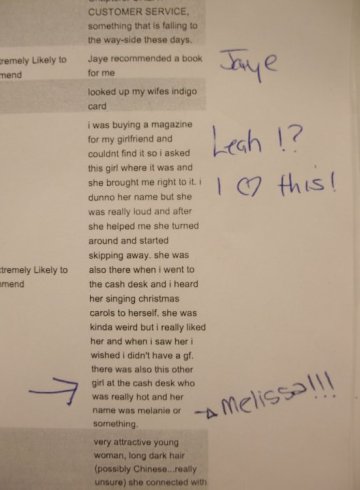